James Colman tells why he decided to write The House That Jack Built (and a little about himself). 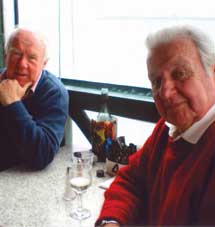 How it all began - James Colman

My final year Architecture dissertation was on the fine colonial architecture of NSW. Then, after six years working and studying overseas, I returned in 1966 to the frenzied building boom in Sydney that saw dozens of great heritage buildings fall to the bulldozer. Incensed, I got involved in the 1960’s controversy surrounding the NSW Government’s proposal to redevelop The Rocks area in Sydney. That is how I first met Jack Mundey.

Since then I have followed his career with growing interest and admiration … and enjoyed the privilege of friendship with Jack and his wife Judy. Jack’s achievements and impact on the heritage conservation and environmental movement nationwide is unique in Australia. It is a story that had to be told: no-one else had tried … so why not me?

I never saw it as a biography: rather as a narrative linking Jack’s achievements to what was happening in the wider world of environmental politics, grass roots activism, and environmental law.

Jack Mundey’s message of the Green Bans era remains as relevant today as it was then. I hope this book will bring that message home to today’s readers in Australia and beyond. If this hope is realised, the book will have fulfilled its purpose. 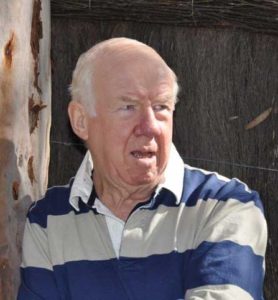 James (Jim) Colman is a Sydney-based architect, planner and part-time university lecturer. From an initial intensive period of architectural practice in Sydney, Papua New Guinea, UK and Ghana, he later moved into urban design and town planning. His urban and rural projects have frequently taken him overseas and to many locations in Australia.

Early heritage studies in NSW and Victoria led to what became a long-standing commitment to the protection of built heritage and the natural environment. He taught at seven east-coast universities at both undergraduate and postgraduate levels. As a freelancer, he has written extensively for the professional and popular press, work for which he was awarded the 1995 George Munster Prize by the Australian Centre for Independent Journalism at the University of Technology, Sydney.

James Colman is a Fellow of the Australian Institute of Architects and the Planning Institute of Australia. From 2006-2011 he served as a Vice President of the International Society of City and Regional Planners. Currently he maintains a small consulting practice coupled with occasional teaching assignments at UNSW, University of Sydney, and WSU.

THE HOUSE THAT JACK BUILT is available in bookshops around Australia